Tracking your progress leads to a more fulfilling cycling life

Posted by Shane Rohleder on 1/2/2014 to Bicycle Commuting

I am not a stickler for statistics. I have been riding the same mountain bike trail after work for the past five years and I've never tracked my mileage, time, or rate of ascent. I have been curious about both before, however, asking, "I wonder how hard this really is?" Which of course is just a cover up for the real question, "I wonder how good at this I actually am?"

The answer is quite simple: Average.

And as painful as that is to say, it's true.

The fact is, we aren't all pros - proven by these types of videos widely available across the internet - so we have to suck it up and get creative in order to grow. But how do you do that? Simple. By becoming your own best friend and mentor with the use of the widely available tools.

"A" Way past average: Fulfillment in stats, electronics

Today's rider has a lot of options for tracking progress, and although it has been the norm to focus on results, new age riders should focus on collecting data more than improving on the fold. Tracking mileage of commutes to work with smartphones, or monitoring heart rate with nifty gadgets like the Nike Fuel Band are great ways to start forming habits of monitoring yourself. The use of smartphones and bicycles to track your bodies levels of nutrients while pedaling away isn't that far fetched a notion. The point isn't that you need to spend a bunch of money on electronics to help you grow, but instead use what you've got and know what you're looking for in order to push yourself into a higher average median. A higher average leads to above average at some point. Here's a few apps we "average pros" at Cantitoe Road like for this.

Above average apps for tracking rides

Some great apps for tracking your rides are the Biologic Bike Brain, Strava, and Runtastic. They're all similar, and the goal of each one is shared: Give people an easy way to track their rides, workouts, and map their cycling routes. Here's a quick breakdown:

Screenshot of iPhone with "MPH" open

Biologic is a cool company. They're a spread out, non-traditionalist organization that has a mission to put butts on bikes, not just for recreation, but for transportation. Their app is great because it's designed by cyclist for cyclist. There are tabs for "Training", "Maps", "MPH and RPM's Monitoring", and much more. The interface is simple, and it works well with all of the Biologic Accessories. Another perk you get by getting involved with Biologic, is they sell iPhone Mounts and Cases, so you can mount your "tracking device" to your bicycle, which does two things: Empowers your device, and empowers you. When something is mounted in front of you, the simple fact is: You're going to use it more often.

One of the most well known apps among exercise junkeis, Strava, has been around the block a time or two (pun). With options to "Follow Your Friends", "See Your Progess" on your Profile screen, and take "Challenges", it's safe to say Strava is one of the best icommute accessories in and of itself. One of the brightest features on Strava Premium - if you're willing to pay a little money - is the "Suffer Rating". This gives you a simple graph stating how hard your ride was by how much you suffered. Anybody who has suffered in the saddle can relate to a rating like this. It works by measuring how hard your heart was pumping and how hard you pushed it. A good tool for those of us wondering if we've pushed our limits, and if we know we did, how far did we actually push them.

Last, but certainly not least, is Runtastic. This app is an all-encompassing fitness collage. It has tracking settings for skiing, push ups, pull ups, leg squats, running, cycling, and more. There is a "Pro" version - a paid service they offer - and a free version. Both allow the user to post their success stories across their social media platforms. The PRO version has added benefits like rate percent of climb, you pedal or running cadence, and Geotagging to better track exactly where you were when you felt your worst or your best. 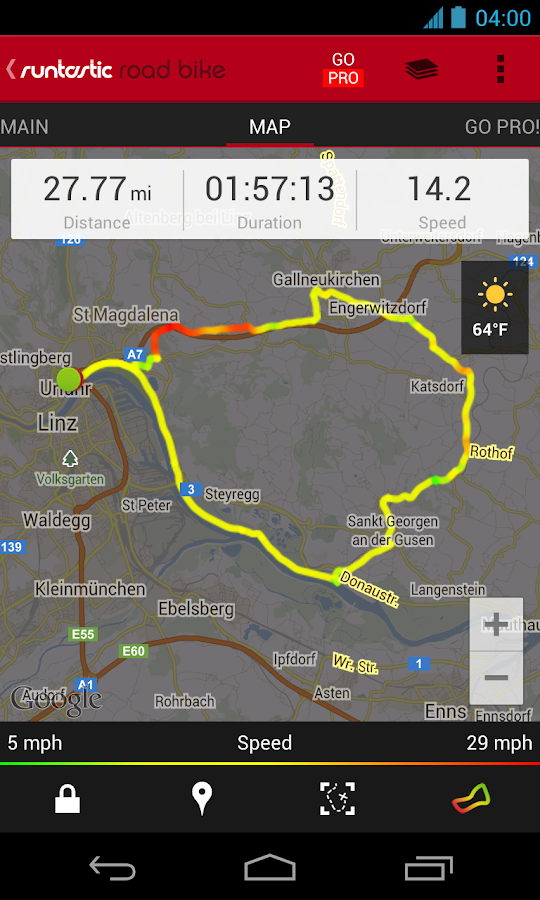 Another cool feature is the separation between a Mountain Bike Riding application and Road Bike Riding  one. Runtastic takes into account the obvious difference, and allows you to track your rides according to style. The separation is really cool. 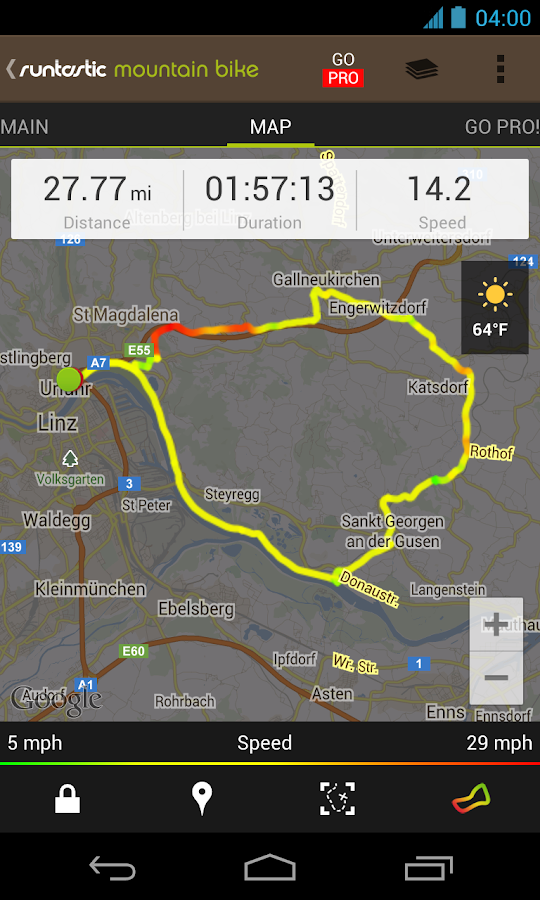 There you have it. Get going in the in new year with an app and an attitude that pushes you past average and into astonishing.